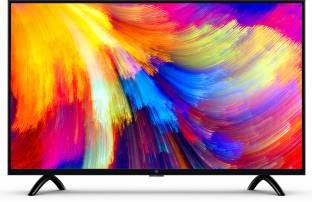 Announced in 2013, Mi TV was another line by Xiaomi for smart TVs which run on Android. The latest version is Mi TV 3s which comes in 43 inches and 65-inch curved variants. After beating Samsung, LG and other brands for two consecutive quarters on the leadership board of India, it plans to sustain this position by introduction of Mi TV.

What makes Mi TV better than LG, Samsung or other brands?

1. With its launch in mid-February of 2018, Mi TV came with all the features and specifications that one would expect from a smart TV. But what really created a buzz in the TV market where brands like LG and Samsung are already giving edgy smart TV is the cheap dirt price of Xiaomi TV.

2. It offers 55-inch TV with a resolution of 4K with display support of HDR while the other TV brands offer at this price only 32-inch or 40-inch TV displays with FullHD resolution.

3. Xiaomi launches its TV at Rs 39,999, which is the cheapest 55-inch TV in the market and this fact has disrupted the TV segment immensely.

Why Mi TV is so cheap?

Getting a smart TV with these kinds of features is too good to be true. But there is no definite answer as to why it’s way cheaper than other brands. Even if you see the cost of Xiaomi products sold China and India, you will observe there is very less difference between them. One of the reasons for such low prices would be that the company operates at thinner margins just like in case of smartphones. Also probably it spends relatively less on advertising costs and also on supply costs. It heavily relies on word of mouth type of publicity which is working quite well for it.

But one thing that is still a disadvantage for Mi TV is lack of its accessibility. If you want to buy a TV from LG, Samsung or Sony, all you have to do is walk to the nearest store and buy. This one barrier would be difficult for Xiaomi to crack.

Your Online Presence Must be Secured

4 New Ways of Finding Entertainment on the Internet

5 Common PPC Goof-ups and How to Avoid Them