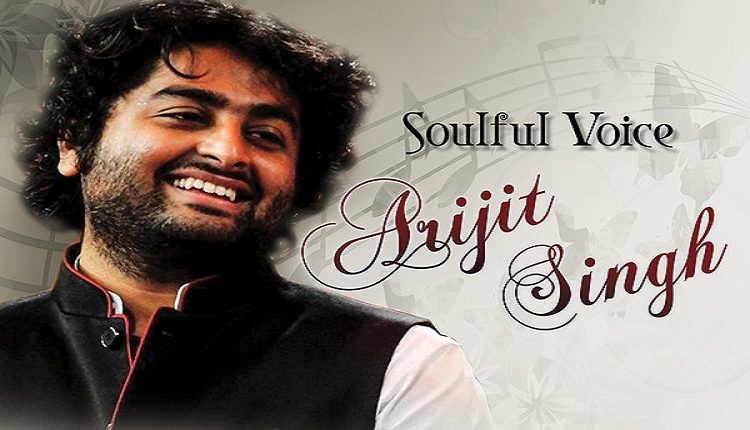 Arijit, now we can well say, that Bengal has produced one more soulful voice. Kishore, Abhijeet, Sanu, Shaan, Arijit will soon be on that same list. That’s my only adjective for him is that he has a SOULFUL VOICE.

The moment you listen to him or see him singing in any of the Youtube videos one thing you will strike you invariably almost every time- the honesty in his voice.

A little known singer, two years back has stormed into everyone’s heart in 2013 with the track- Tum Hi Ho. And after a long long time, one singer has literally sung the whole album (apart from – Ro Rha hu main, almost all songs had Arijit written all over the song’s soul).

And he is ready to steal your hearts with the new tracks from the movies Citylights. The song- Muskurane ki wajah, is lyrically strong and with a soulful composition by Jeet Ganguly, and of course, amazingly sung by Arijit.  Sony Do is one more soul-stirring song from the same Movie!

The song which made him the star he is indeed the Mithoon Composed song of Ashiqui 2- Tum Hi Ho. But before that, he has already sung some of the lovely tracks which became even more famous after this Bengal lad came to the limelight with his soulful voice.

Little known that he started his journey from Fame Gurukul where he was eliminated long before people could notice. But he became the assistant of Pritam. And he did sing for a few Bengali Serial title tracks.

The major break came from Mithoon composed – Murder 2 song, Phir Mohobbat Karne Chala he Dil in 2011; and then again in Barfi- The reprise of – Sawali Si Raat composed by Pritam made him eligible for a few Award nominations too.

Dua was one more song from the movie Shanghai which made a few people move to tears. Raabta the song composed by Pritam was one of the most listened to romantic numbers from 2012-13. Raabta has very little music and it was refreshing to listen to the voice which was given so much importance in that song!

2013 gave some real biggies to this star, whether the Song- Kabira composed by- Pritam again.

Now he is the favorite for all music Directors due to his SOULFUL VOICE, but the charts still show his best numbers coming from Mithoon, Pritam, and Jeet Ganguly.

A few recent songs which rocked the Indian listener souls and moved them to tears in lonely moments were:
–    Mann Mast Magan from 2 States
–    Kabhi jo Badal barse from Sharib and Toshi composed; Movie- jackpot
–    Suno Na Sangmarmar from Youngistaan, composed by Jeet Ganguly
–    Tose Naina from Mickey Virus
–    Aye Dil Bata from Ishq Actually
–    Laal Ishq from Ram Leela
–    Jaya from Gunday and the list will go on…

Arijit did sing some dance numbers too:
–    Shanivaar Raati and Palat- from Tera Hero Idhar he
–    Dhokha Dhadi from R… Rajkumar

So listen to this guy in a loop, with earphones plugged in, when you are alone. Maybe you will fall in love again or maybe by listening to these songs by his SOULFUL VOICE, someone may just remember you a little more with a small tear in their eyes.

The Player Of One Day Internationals