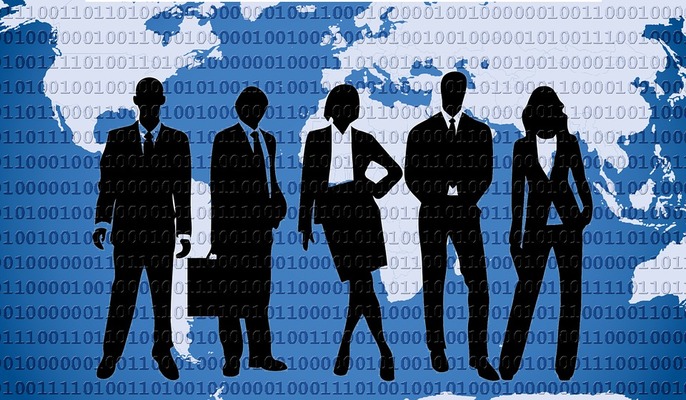 5 Fortune 500 Companies That Started In A Garage

“What do you need to start a business? Three simple things: know your product better than anyone, know your customer, and have a burning desire to succeed.” – Dave Thomas, founder of Wendy’s.

It is a known fact that large scale businesses are the culmination of years of planning, market research, and strategic investment. These businesses have blossomed from being start-ups that took the right steps and made it big in the business world.

Hold on, that is just not it; in fact, some of the world’s largest and most successful companies around started in someone’s garage. Do you not believe us? We are sure by the end of this article we will change your mind. We are pleased to share the stories of businesses that started out originally, as an idea of one or several individuals with little or no experience and no money. We are set to change the mindset of the audience who believes that having a corporate office is a must to start a business.

The following multibillion-dollar companies were launched in the unlikeliest of places and are amongst the Fortune 500.

Needless to say that Apple is one of the most famous and valuable brand today. Apple has millions of loyal customers across the globe and they are well aware of how the masterminds behind this company started out by building their first computers in a small garage in Cupertino, California.

Similar to other tech companies, Apple was started by young individuals who brought their ideas to life. Steve Jobs had an idea to create a personal computer for which he partnered with his friend Wozniak. The renowned face of Apple, Steve Jobs along with his other two partners launched Apple Computer Co. from Jobs’ adopted parents’ garage.

In 1976, Wozniak and Jobs approached a local electronics store to see if they would be interested in buying a personal computer. This also happened to be their first big order, where they were commissioned to build 50 computers in a span 30 days, at a price of $500 per piece. Since, Wozniak and Jobs were both penniless at the time, they got in touch with the local computer supplier and ordered the parts on credit. It was during this time when the Co-Partner Ronald Wayne abandoned the business, but luckily Jobs and Wozniak successfully reached their goal in just 30 days.

Just like every other company Apple has had its ups and downs in its 30-year history. Apple proved to be a company that left its mark in the market time and again. They are indeed a company known to be developed from a small garage to being ranked 103 on the Fortune 500. Till date, it keeps growing with every wise investment and the Silicon Valley home where Jobs grew up is listed as one of the city’s historic properties.

There is hardly anyone in the business world who does not know Walt Disney. In fact, Walt Disney Co. is the highest-grossing media conglomerate in the world today and guess where it all started? It all started in the summer of 1923 in a one-car garage that belonged to Robert Disney.

It was called The Disney Brothers Studio and was located about 45 minutes from today’s Disneyland Park in Anaheim, California. The garage space was tiny, but yet the team managed to film Alice Comedies. It was this show that eventually inspired Disney’s version of Alice in Wonderland. Who would have thought that the company Walt started in his uncle’s garage would turn out to be one of the most diversified multinational mass media and entertainment conglomerate?

A few months later, Disney moved along with his brother Roy to a bigger lot down the street from their uncle’s house. This incidentally, happens to be the place where Disney signed a deal with Universal Studios to distribute the Alice Comedies. Starting from there, everything is said to be an animation history.

It is almost impossible to believe that one of the most widely used search engine started off in someone’s garage. When Larry Page and Sergey Brin met at Stanford in the mid-1990s, they decided to start a company together and so two years later Google was established. They set up Google’s headquarters in Susan Wojcicki’s 2,000-foot Menlo Park garage for which they paid $1,700 a month. Susan was a recent business graduate and held the position of senior vice president at Google until January 2014. She rented out her garage to the owners of Google so as to cover mortgage payments. Google made outstanding progress in a months’ time and the team outgrew the garage space. This made them shift Google to an actual office space in Palo Alto along with eight other employees.

In 1971, two teachers and a writer invested $1350 of their own money into the first Starbucks located in downtown Seattle. English teacher Jerry Baldwin, history teacher Zev Siegel, and writer Gordon Bowker named the store Starbucks Coffee, Tea, and Spice.

Their first store in Seattle was located at 2000 Western Avenue, which sold roasted whole bean coffee till 1976. The trio was influenced after Peet’s coffee and tea, who were into selling dark roast coffee beans and taught customers how to grind beans and to make freshly brewed coffee at home.

It was later when Howard Shultz came into the picture that insisted on making coffee, tea, and espresso drinks for customers inside the store. They later shifted their store to 1912 Pike Place Market where they added espresso coffee in 1986 on their list of produce.

Starbucks went public in 1992 and achieved the label of the most successful IPOs that year. They then strategically began expanding all over the US and apparently, they were doing so good that at one point of time they were opening a new store every day. The brands’ growth is impressive considering they started out as a small shop and today Starbucks specializes in streamlining the supply chain. Being ranked 277 on the Fortune 500 with a revenue of $9.4 billion and recorded assets of $5.3 billion, it is safe to say that they made it big!

Jeff Bezos was a vice president of the successful Wall Street investment firm. After four years of being labeled as the youngest president out there, he quit his job and moved to Seattle. He moved with the intention of uncovering online retailing opportunities in the book industry. For which he began developing software and he set the shop in his garage in Bellevue, Washington.

The garage was not quite a place to accommodate meeting and therefore Bezos held meetings at a nearby Barnes & Noble. It also is the place where most of Amazon’s first contracts were negotiated. Bezos just like the others on this list started out in the garage and progressed from there on. He launched Amazon.com and sold his first book from his garage start-up in July 1995. Two years from then, he issued his IPO and today his company is the world’s largest online retailer.

The humble beginning of these multibillion-dollar companies proves that great ideas can create history. These individuals never fail to motivate us from their unique stories. Creating their own niche, they have accumulated both wealth and vast market share today. We would like to quote one such prominent figure Michael Dell, who said “You don’t need to be a genius or a visionary, or even a college graduate for that matter, to be successful. You just need a framework and a dream.”

Understanding Marketing and the Consumers

Importance Of Having Acoustic Ceilings In Good Architecture

11 Tips To Lure Back Customers Who Abandoned Their Carts